FASTEST SOCK ON THE PLANET - ENGLISH 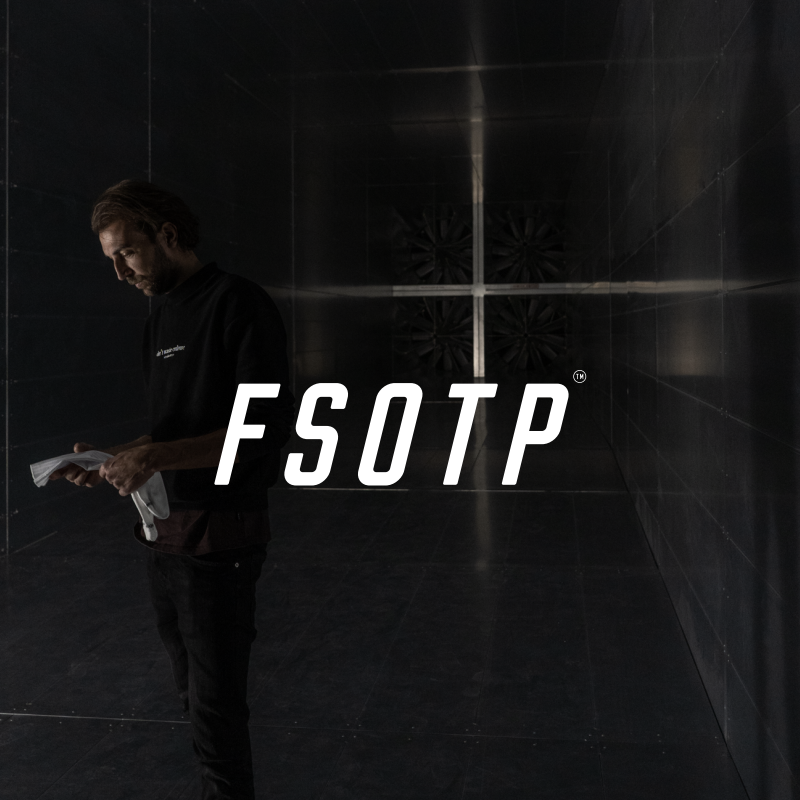 Whether it's the bike, helmet or socks. In the end, cycling is all about one thing. Be the fastest.

But what are really the fastest socks? And how much does it matter?

Being the fastest is in Sockeloen's DNA. Half of the employees are active competitive cyclists. The other half were competitive cyclists or had someone in the family who cycled competitions. During the lunch we will talk about the results of Liège Bastogne Liège. Which VO2 max blocks are on the training schedule this afternoon. Or about how many grams of carbohydrates you can absorb per hour.

When we decided that we were going to develop the fastest sock in the world, one thing was certain.

We're not going to write a bull-shit marketing story.

We want to develop a sock that we would buy and put on ourselves with confidence. Supported by data from scientific research. Read below how we arrived at that sock.

How are we going to make a valid test setup in which you can demonstrate the difference between 2 aerodynamic socks?

As realistic as possible. So no tube in a wind tunnel with 2 different fabrics around it, as some competitors do. But approach the actual cyclist as closely as possible.

To this end, cooperation has been sought with Eindhoven University of Technology. There have been many talks and discussions with the technical staff in the wind tunnel led by Bert Blocken. We wanted to get as close to reality as possible, but to be able to measure the small difference between 2 different socks in a reliable way.

In the end we concluded that testing with a real person gives too much difference between two runs to measure a fair result. That is why it was decided to measure with a dummy sitting still, in a fixed position.

During the tests, we spent most of the time putting on the socks on the doll. We put on all socks at exactly the same height and put the sock on the doll's leg as perfectly as possible.

All tests were performed with the same wind angle of 0 degrees. We did this in consultation with the wind tunnel technical staff and SPEECO for two reasons. Firstly, because we think that cyclists will not determine their sock choice depending on the wind direction. And secondly, because we preferred to test more different socks than the same sock under different wind directions.

In order to use our precious time in the wind tunnel as effectively as possible, a collaboration was sought with SPEECO, the guests of Jan Willem van het Schip's aerodynamic steering wheel. They have the same DNA as Sockeloen and are always looking for demonstrably the fastest set-up. Together with Jules and Noah, several Aero tests were attended in the Eindhoven wind tunnel with top athletes. This is to learn how an Aero test works in practice. And how we could measure the fastest sock in the world as efficiently as possible.

To determine the initial situation, we have collected all existing Aero sock variants on the market. And of course specifically the ones that claim to be the fastest. So that we can compare the current offer with our socks. These were;

To determine how we could develop an even faster sock than what is already for sale, we came up with all kinds of concepts and made samples of them. From latex fabric, to aero socks with seams that break the wind. All possible options have been incorporated into samples for testing.

Then, during the wind tunnel sessions, we started to determine which direction was fast based on the results. When something was fast, we started testing several variants of that concept sock. This enabled us to test efficiently and to respond quickly to newly acquired knowledge.

Because our mission is to be the fastest, our plan was to develop as many samples as possible. We see every sample as an opportunity for the fastest sock. The more samples, the more opportunities. We have worked out all the concepts we could come up with.

More than 10 different types of fabrics have been collected for this and an 'in-house' production department has been set up. In this way we were able to quickly develop, try on and make minor adjustments ourselves. A very important step in the process of becoming the fastest sock on the planet.

EXISTING MODELS
Our existing sock was the fastest sock compared to the competition at 40 km/h, 47 km/h, 54 km/h. Only at 61 km/h another sock was faster. A very positive result which was far above expectations for a first aero test.

NEW MODELS
From the 20 different samples that we brought with us, we chose during the tests and our advancing insight which sock we were going to test. In the end we were able to test 7 samples. As you can see, there is a different winner for each speed and within our samples a fastest sock has been found at each speed.

Sample number 15 was fastest at 40 and 61 km/h. This is a fairly warm fabric that works especially well in colder temperatures. We think this sock is perfect for the track or cyclocross.

What was also striking was that socks with quite thick seams, to break the wind, the concept of the no pinz sock, came out of the test very slowly.

Nice, all those numbers. But how do you translate this into reality? To make this clear, we have taken a few striking examples to make the difference clear.*

Example 1; Sockeloen vs Defeet (Alaphilipe)
Defeet claims they have the fastest sock in the world. Because this was not a lycra sock but an interwoven sock, we were already very surprised and wanted to check it out. From all our measurements, our suspicions turned out to be correct, and our lycra aero socks were a lot faster.

The existing Sockeloen sock was 4.8 watts faster than the Defeet sock. Our sample number 10 was even 6.0 watts faster. (Tested at 47 km/h and 0 degrees wind angle)

Example 2; Sockeloen vs AGU (Roglic)
We know that team Jumbo Visma tests a lot in the wind tunnel and is busy with the smallest details in the field of aerodynamics. Our expectation was that our existing sock would not be faster. In the end, our existing sock proved faster than AGU's at all speeds.

The existing Sockeloen sock was 2.4 watts faster than the AGU sock. Our sample number 10 was even 3.6 watts faster. (Tested at 47 km/h and 0 degrees wind angle)

Example 3; Sockelon vs ACG (MVDP)
We know that Mathieu van der Poel has won several big wins with our Aero socks. Think of the Strade Bianche and the Tour of Flanders. Unfortunately, Mathieu has different socks since Milan San Remo 2022. Of course we also tested these socks. Unfortunately, our tests show that Mathieu has become slower at all speeds below 60 km/h thanks to this sock change.

The existing Sockeloen sock was 3.8 watts faster than the ACG sock. Our sample number 10 was even 5.0 watts faster. (Tested at 47 km/h and 0 degrees wind angle)

Example 4; Olympic Games coupling race (Jan Willem van t Schip)
During the Olympics, people drive at very high speeds. During the coupling course, the average speed is around 60 km/h. That is why we have developed a specific fastest sock for this speed as well.

At this speed, the existing Sockeloen sock was 2.0 watts faster than the AGU sock. Our sample number 10 was even 5.9 watts faster. (Tested at 61 km/h and 0 degrees wind angle)

* To make the story tangible, we immediately translated the results into reality. The measurement error is not taken into account here. Download the complete and independent research report from Eindhoven University of Technology here.

CONCLUSION
At every speed we tested, Sockeloen has a faster sock than the competition. However, it differs per speed which of our sample socks is the fastest.

The variables that play into the choice of the fastest sock are:
1. The speed at which you ride.
2. The connection to the shape and length of your leg.
3. The temperature in which you ride.

The FASTEST SOCK ON THE PLANET is therefore a tailor-made sock. The sock is measured according to the size of your foot, the length and the diameter of your calf. This allows you to make a sock that fits perfectly, falls within the UCI rules and never slips.

In addition, we are launching 3 standard variants that you can choose based on the speed of the event you are going to participate in or the temperature in which you are cycling. 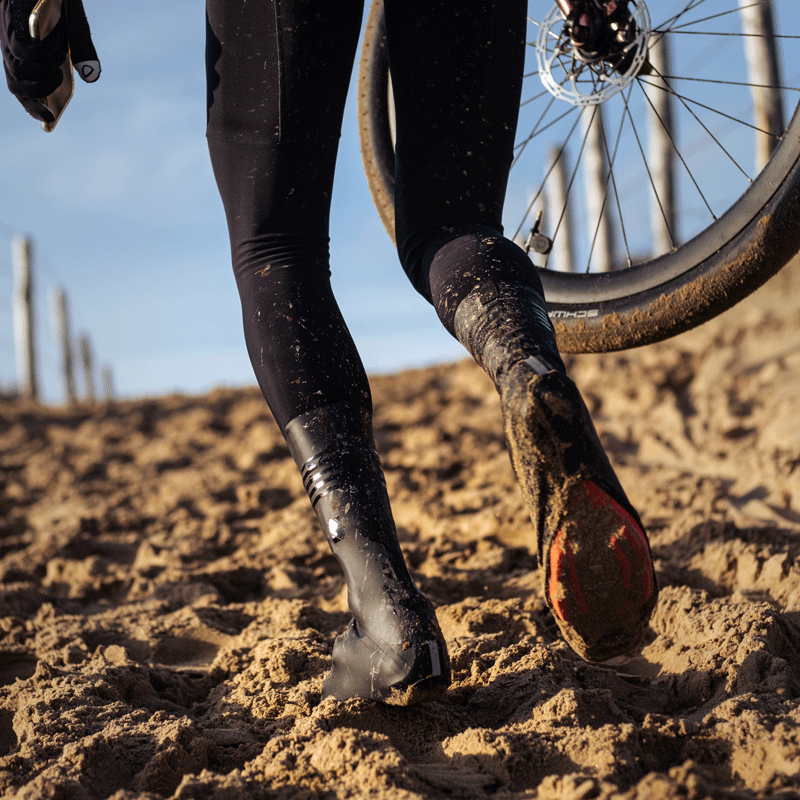 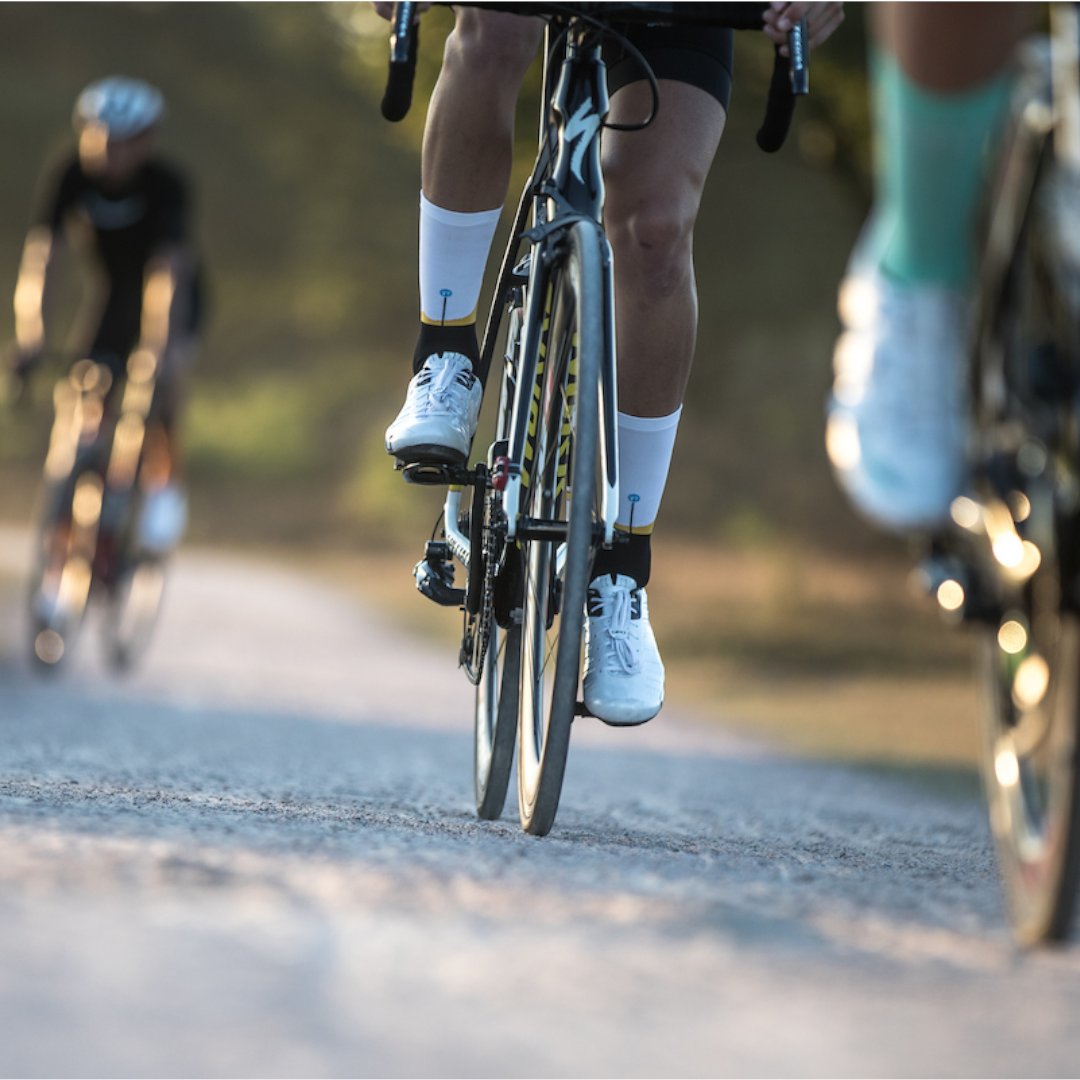 Knowing how to properly wear cycling socks and how to match them with your outfit might be hard with all of the opinions and (un)written rules there are nowadays. Why do you see a lot of people wearin...
Read more 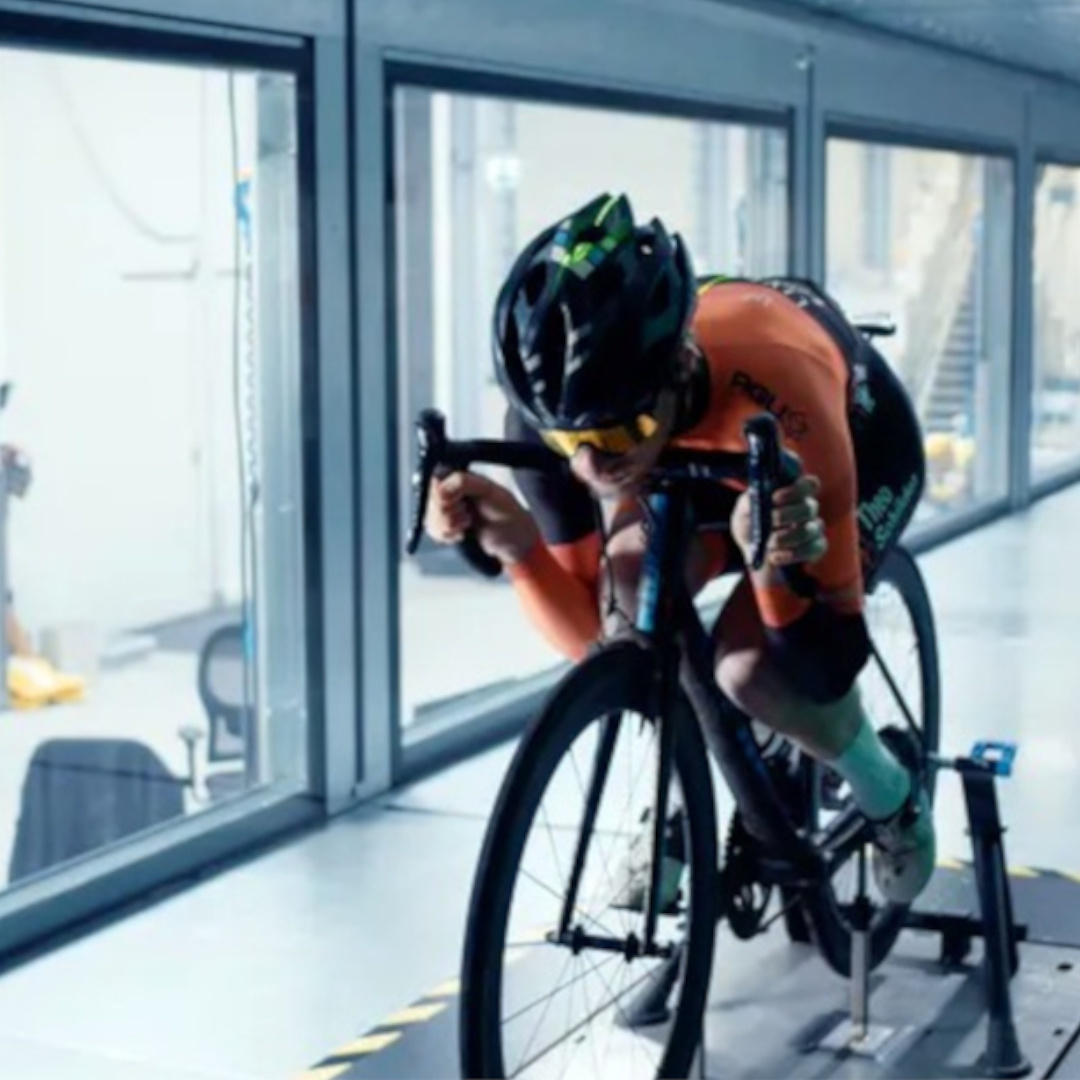 Why should you wear aero socks? 7 benefits for your performance

Besides the resistance of your tires and mechanical resistance, air resistance is one of the biggest forces you have to overcome in cycling, especially when time cycling. The faster you are, the more ...
Read more